I’ve decided to use the age of the Capon Tree as motivation to learn about the history of the area we are in. It’s going to be my peek into what the tree has seen in it’s life so far. But first, a quick bit of additional info I’ve found regarding the tree itself. According to the Director of the Tree Register The Capon Tree is a Sessile Oak. My ignorant inner monologue immediately asked what the hell that means, Google answered. There are only very subtle differences between the English Oak and the Sessile Oak, the most noticeable being that the acorns are stalkless (or sessile…see what they did there). Let’s see if I manage to remember that in Autumn… An experienced arborist may also notice that the branches straighter, the trunk more upright and the leaves have longer stalks. It’s tough for me to notice these differences when I look at her, I’m easily distracted by the great split in her trunk and how hollow it is. 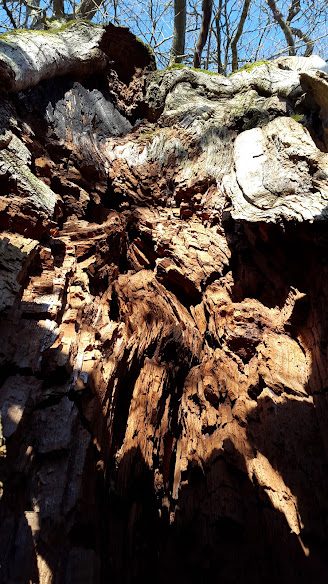 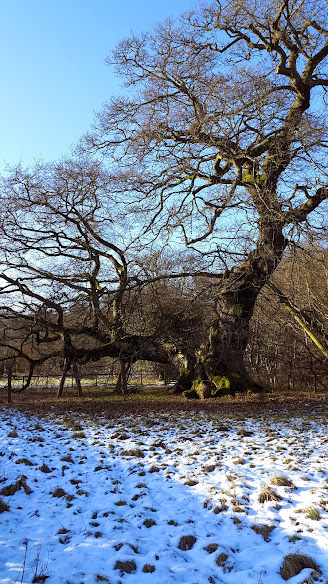 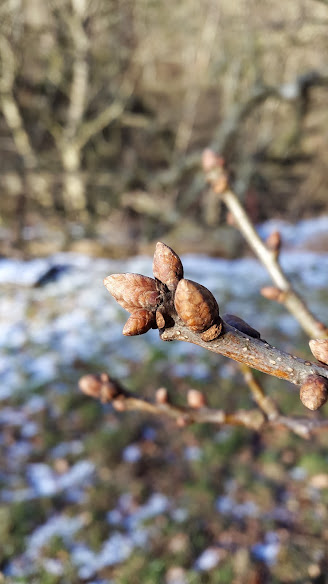 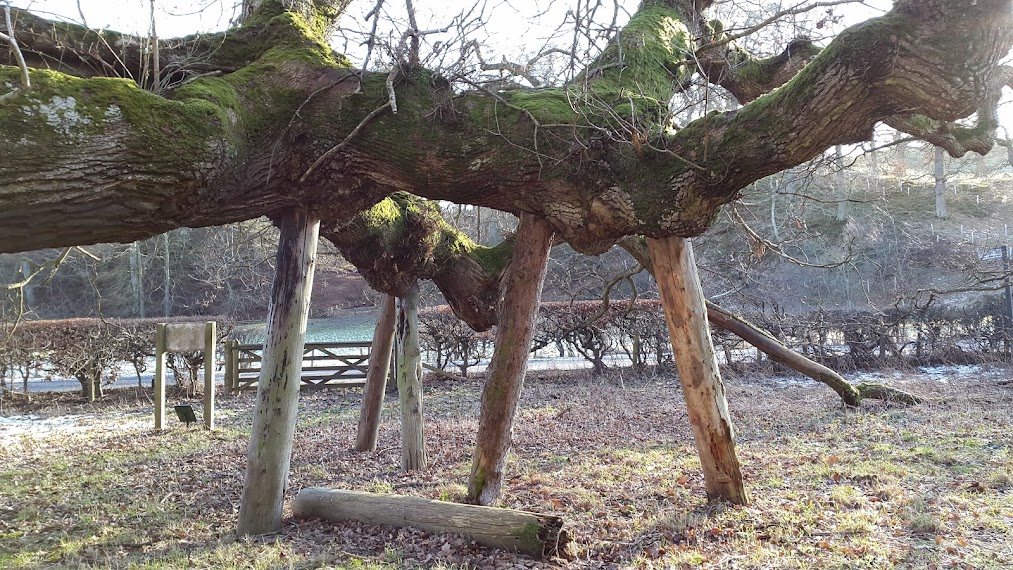 I’m going to image her beginnings in the were at the beginning of the 14th century, after all she’s called the Capon Tree after the Capuchin monks who would shelter under her so she had to have been around a while by the time they showed up in order to provide said shelter. There was quite a bit of conflict in the area at the time, with major battles close by in Selkirk and Kelso during the First War of Scottish Independence. Her location was forested at the time so she was one of many in the Jed Forest, instead of standing alone as she does now. Perhaps luckily for her William Wallace chose Ettrick Forest in the Selkirk area for his base instead of Jed Forest.

I’ve been a bit worried about this youngster, it’s held on to a lot of it’s leaves through winter. After a bit more research my concern seems pretty much unfounded and instead The Beech has marcescence foliage which is common in Beech species and may be beneficial. What’s still surprising is the amount of leaves that are holding on, even through the recent winds. Apparently they will eventually give in to mechanical forces though and drop when their stalks are brittle (how are they not brittle yet in these temps?!). 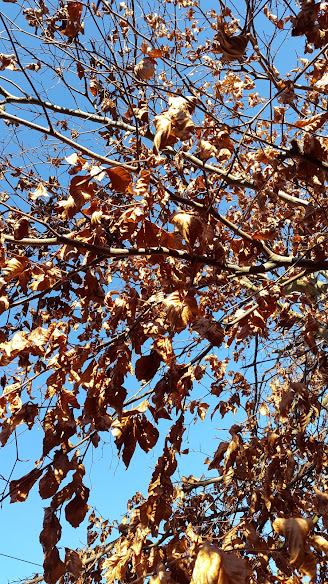 As the Beech is in our garden I’ve been able to observe it a lot more than the Capon. I see it every day while I’m doing the dishes and watch the community of birds who I’m sure appreciate the marcescence foliage. These’s one in particular who seems to be a regular, it looks like a young blackbird and frequently hops over to the neighbour’s Cotoneaster bush, helps itself to a belly full and hops back into the shelter of the Beech to digest. I’ve also noticed a small collection of mushrooms growing under the canopy. 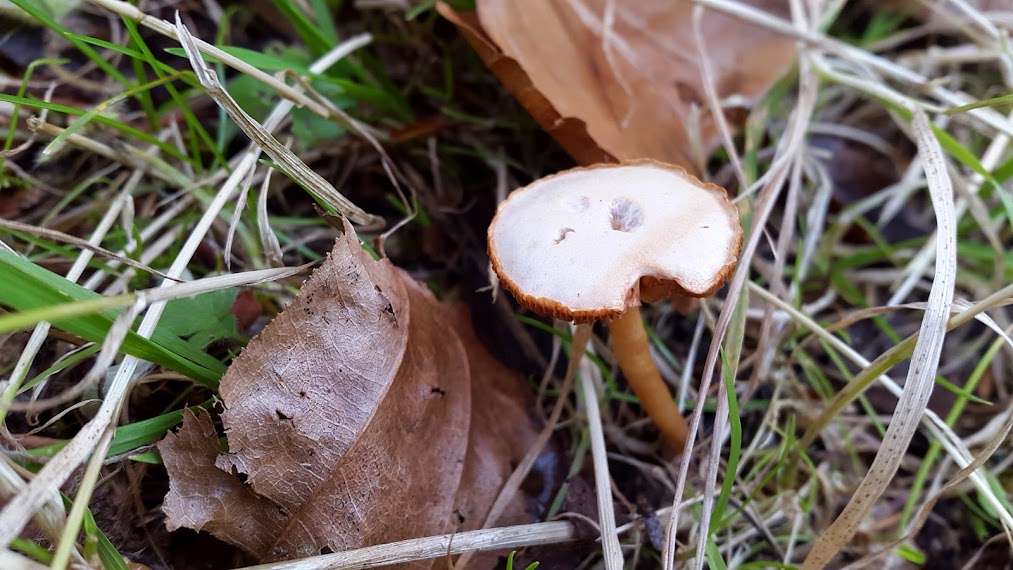 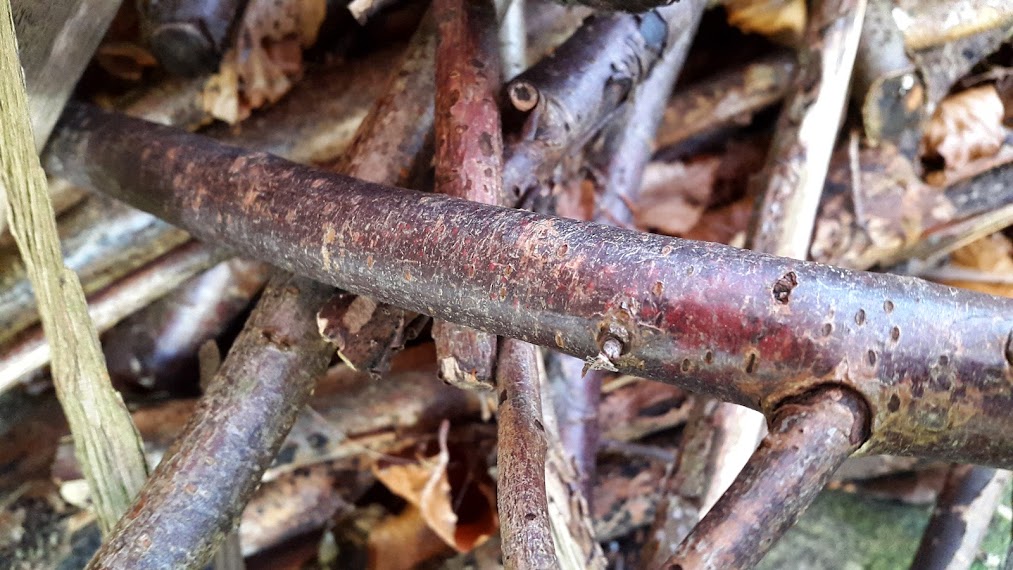 I do love the arrangement of the leaf buds on the Beech, the elongated zig-zag of the slightly downy looking stems and the color of the buds themselves are beautiful. 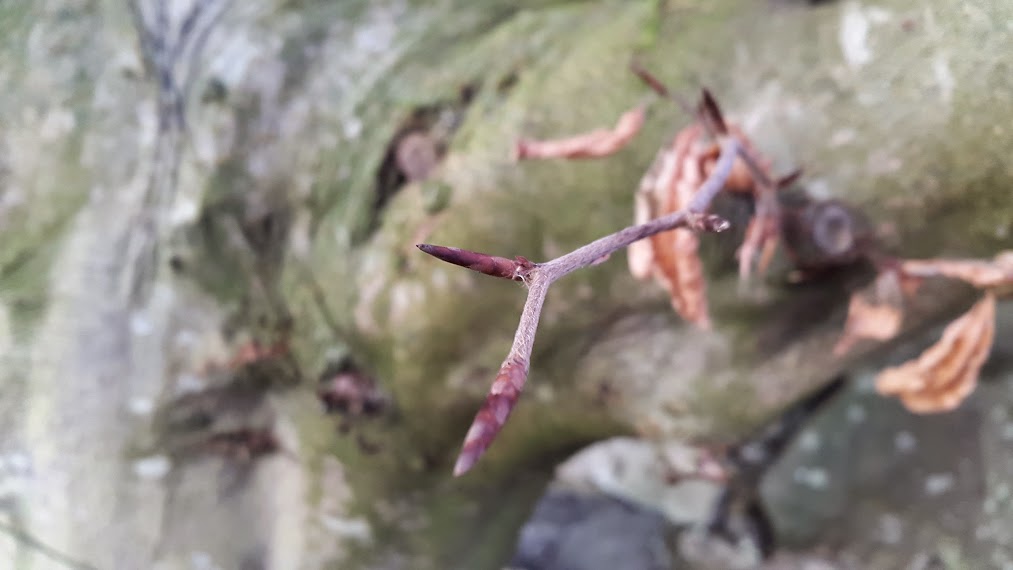 7 thoughts on “Beech and Capon in February”