B found this walk when we were looking for something a little more low key, it’s walk 4 on this publication. I’m sure we’ll be returning to this to check out some of the other 8 walks included. Calling it hill walking is probably a bit ridiculous because it really is low key with minimal hills. There’s a bit of an incline as you climb Sharplaw Road which gives you some nice views over the town. Then you’re off through the woods of Lanton Moor and part of the Lothian Estates.

The mud level was pretty high at the time, at least by our American standards. The girls soon gave up on trying to keep their paws dry, Zoey especially embraced the muddiness 🙂 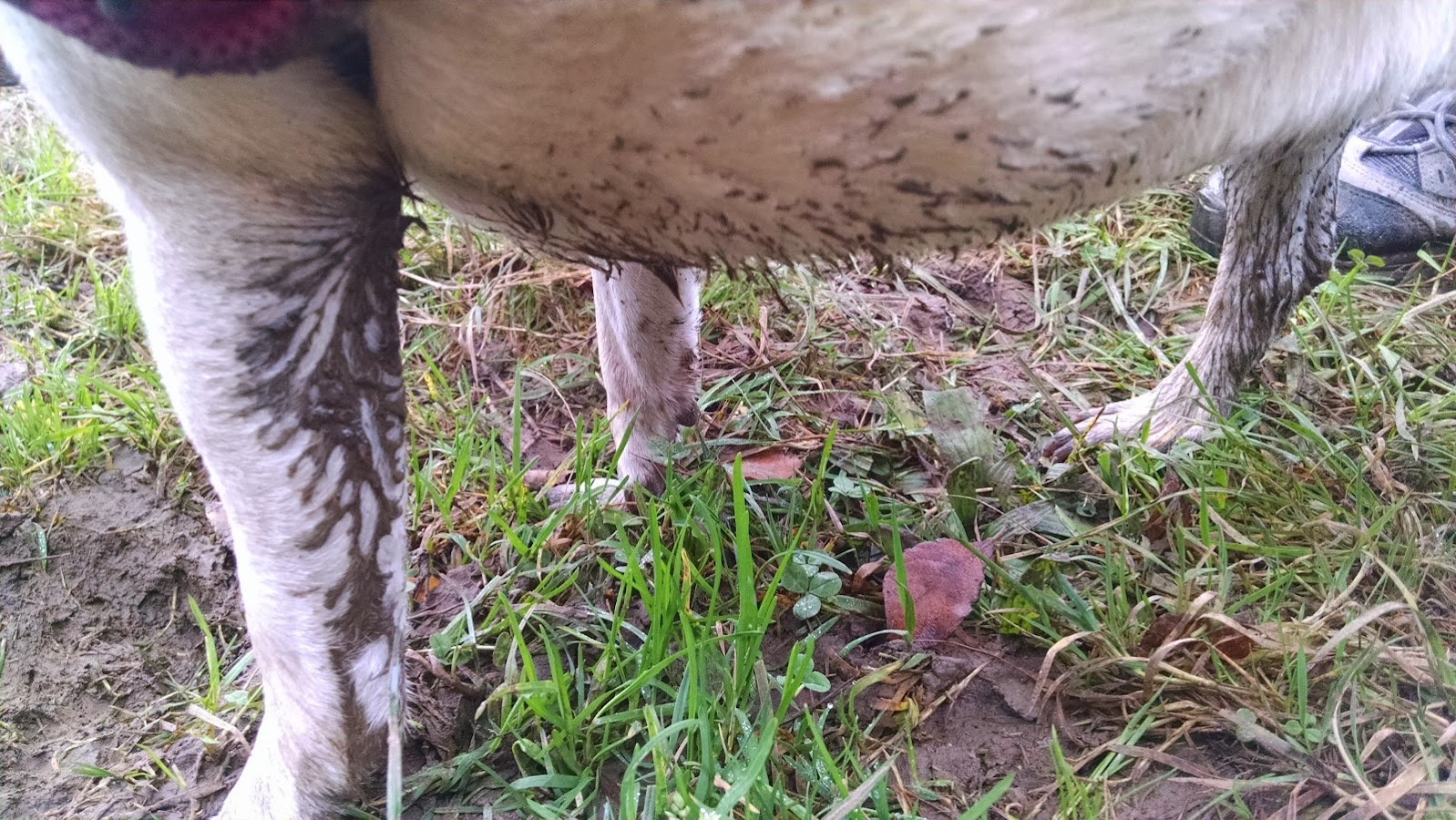 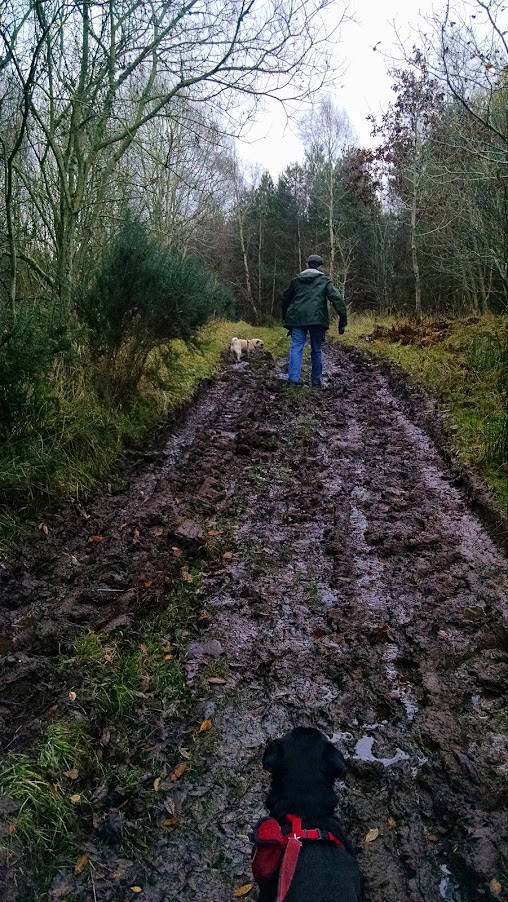 Then we took turns going over the ladder stile and through the farm land to the actual tower so that one of us could stay with the dogs and keep them from worrying the livestock. 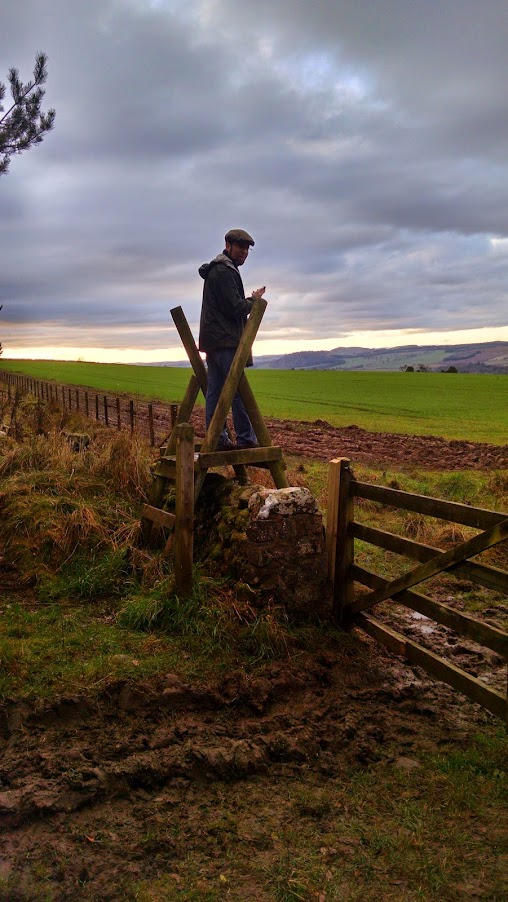 It’s a pretty short path from the stile to the field where Timpendean Tower is, then over one more stile, dodge a large quantity of cow initiated land mines (and their owners!) and you’re there. The field occupants were all looking at me with great curiosity as I traipsed across their pasture.

Timpendean Tower was a tower house built in the 15th century, it holds a somewhat strategic location between the River Teviot and Jed Water (I’m sure the strategy of the location was more evident 500 years ago). There’s still enough of the structure left to see the 4 foot thick walls, a fireplace, doorways and windows. There is a great split down one side of it though and I think the edges are slowly wandering apart. Originally the tower was owned by the Douglases, they sold it to the Scott’s in 1843 (according to Wikipedia). At the time I had no idea I was poking about in a home of my ancestors. 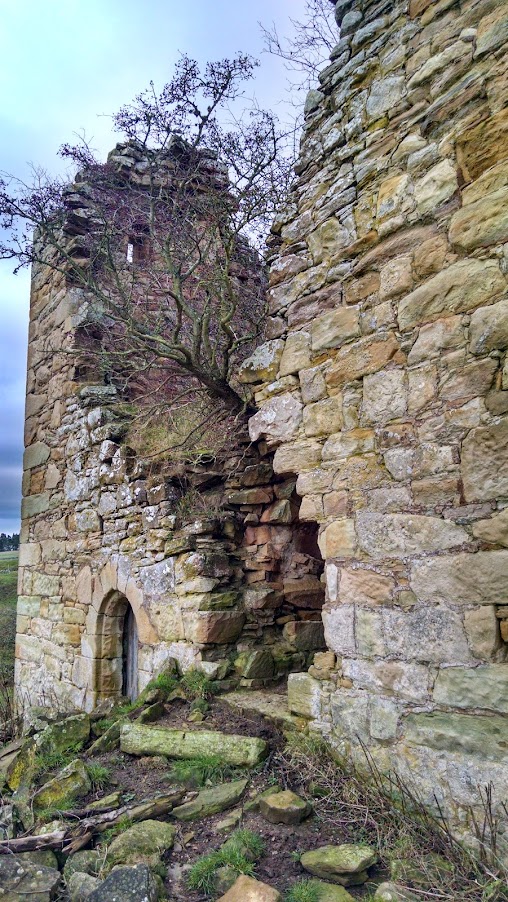 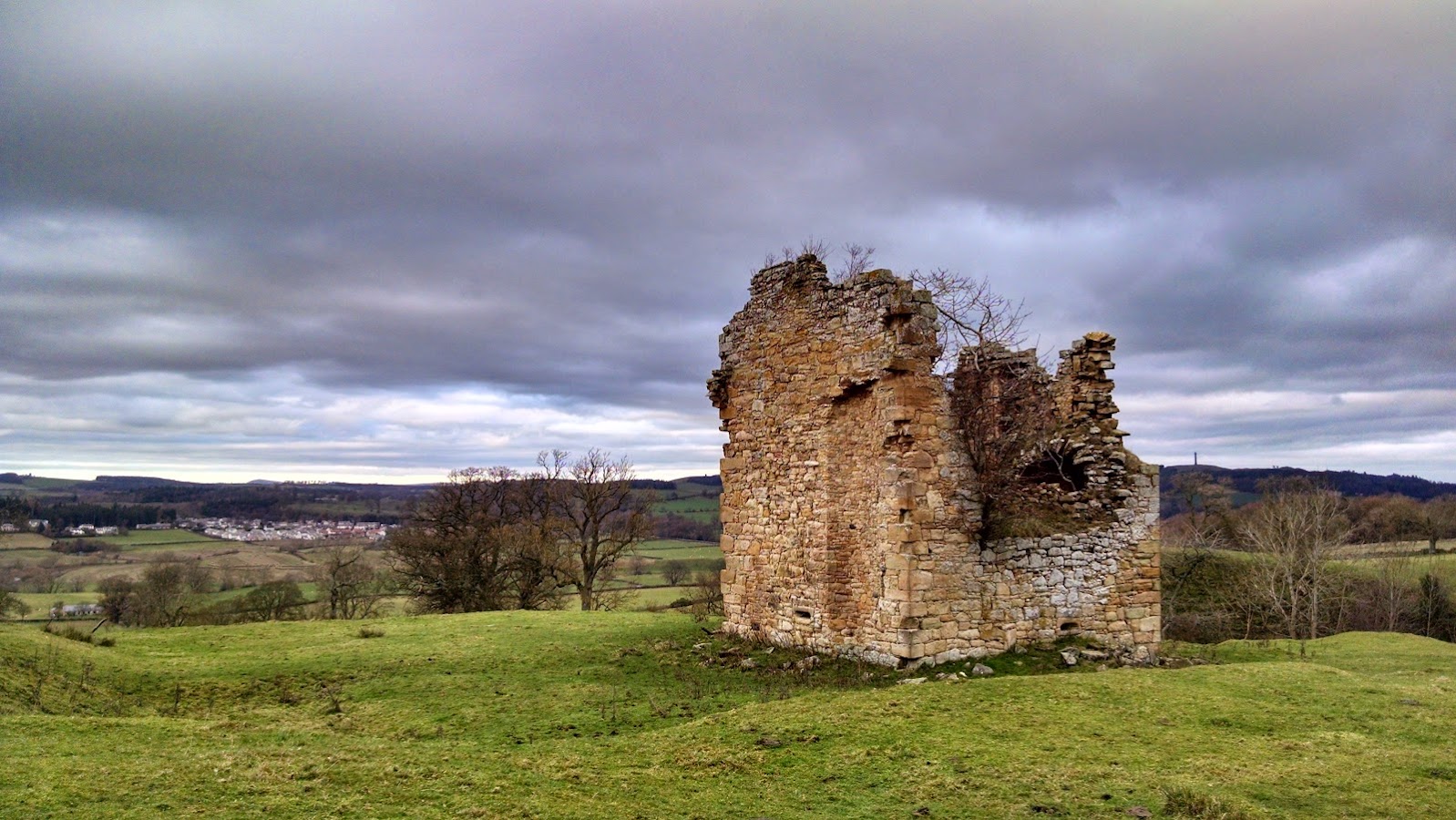 On the way back we encountered Bonjedward House and the accompanying gardeners cottage, both boarded up and looking very lonely. These properties are in a beautiful location and immediately I began to imagine taking up residence in the gardeners cottage. Surely they wouldn’t mind me moving in…after all it’s all boarded up and begging for some tender loving care. 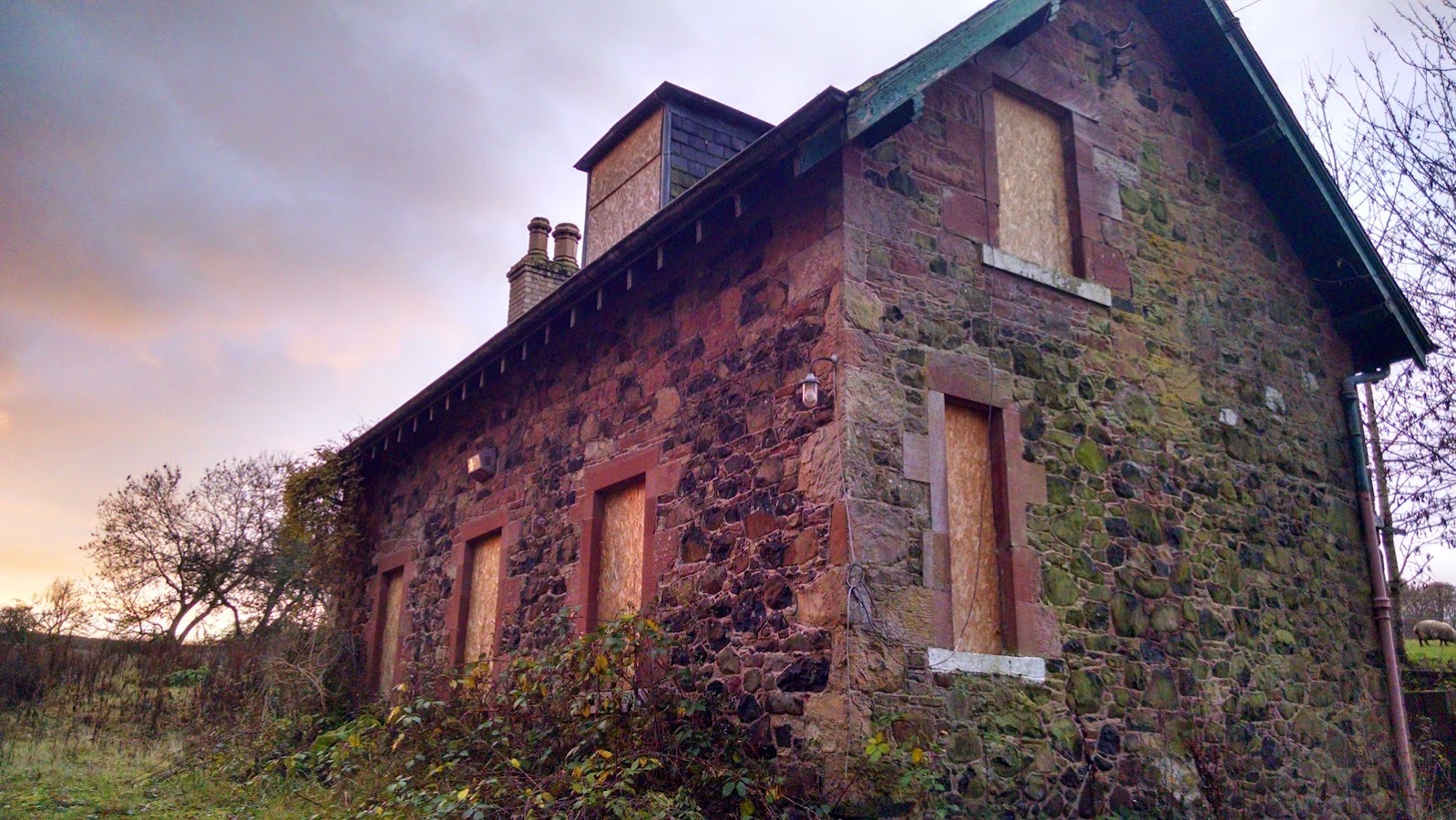 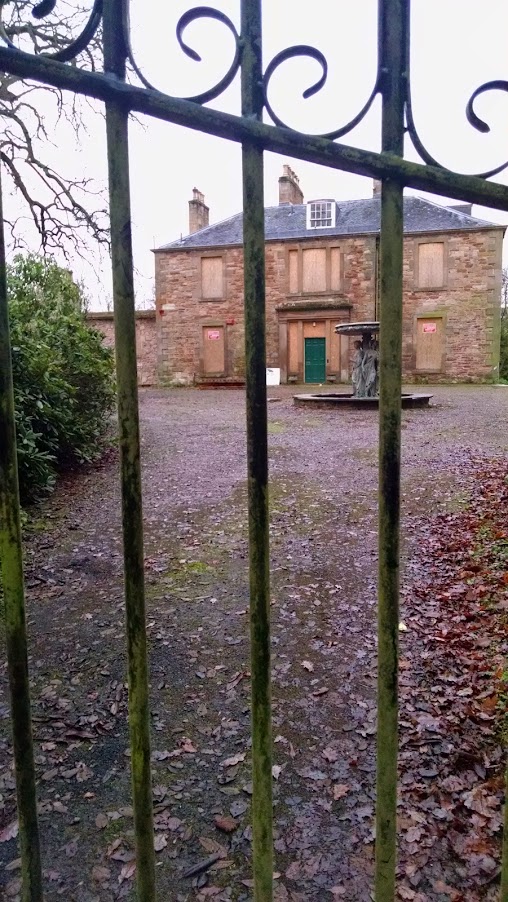